Yo! Sorry. Going to go a bit street on you today, because this post has been inspired by a rapper. Yes, I know! And me (technically) a pensioner.

I am a sucker for an empowerment song. I know this about myself. And one whiff of this song during a TV ad break and I was hooked. Doin’ Me by Mikey Mike.

Clearly I am alone in this as it drew precisely zero interaction. No, I lie. One Like – ha! Presumably everyone else was ff-ing through the ads?

OK, some of the lyrics and ideas conveyed are illegal and immoral and, as they used to say about me, a little bit sweary. But I get where Mikey Mike’s coming from and resonate with much of it. Not the illegal or immoral bits. Obvs.

He’s talking about being himself. Only he can do that, and the empowerment angle is where you feel OK about doing that your way. Mike’s doin’ it his way. And I’m doin’ it mine. And I hope you are doin’ it yours? If not, let’s talk.

Mike describes his Mom having “some shit up on her mind”. Yeah, moms are like that. But they just want the best for us. Irony of ironies, Mike’s way is the best for him, mine the best for me, but often our moms don’t like what we decide for ourselves and we know they won’t, which is why we put off doin’ it for so long.

Cuz i won’t waste another day,
Living someone else’s way.
I wanna be happy,
I wanna be free,
F**k what they say,
I’m doing me.

Yep, I hear ya Mike.

(I did have to pop a little apostrophe in there too, ‘cos he’d missed it off! What is it with rappers and grammar?)

Wikipedia doesn’t have much to tell me about Mikey Mike. I wanted to know if it was OK to like him. I suspect it isn’t. But heck, I resonate with his song so I’m going with him for now.

I did ask Wikipedia successfully to tell me something about the meaning of the word empowerment. I like this second definition best: “the process of becoming stronger and more confident, especially in controlling one’s life.”

That’s been the work of my lifetime so far, and I don’t always master it. But I know this. It is my job and only mine.

Empowerment feels like a Big Word, but I don’t think we all need to do empowerment in a Big Way, unless we want to. Some of my clients are doing it Big, and more power to them, especially where the world is so much in need of their mission.

Mostly I am content to support you in doing empowerment your own way, bit by bit. And in order to do that in a way which is honest and true, I have to pay attention to doin’ me for me.

This week that has involved a strange mixture of things, some of which sound downright odd in the telling and the sense in which I feel empowered in sharing them with you is that I wouldn’t list them if I were embarrassed about them, ‘cos I bet your list is a bit weird too… at least I hope so! 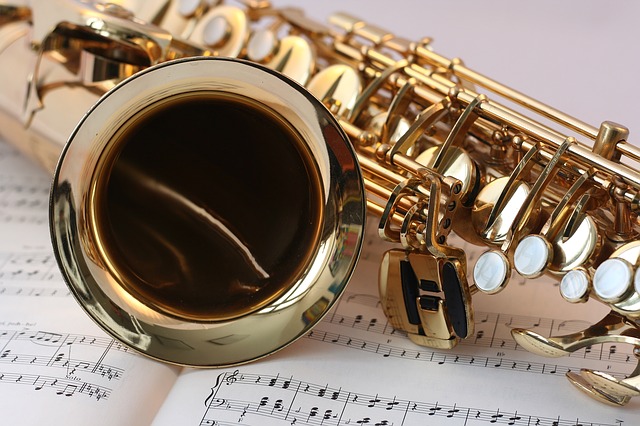 Last weekend was made glorious by a brass band playing within easy ear-shot from a friend’s country garden. They did several sets on each of the three days over the holiday weekend as I looked after her house and watered the flowers and plants in her greenhouse while she was away on holiday.

I am a big fan of live music, and good music of all sorts, and having been taught classical music and played piano, and clarinet in the school orchestra, and sung in choirs all over, I can confirm that making music with others has been one of the great joys of my life.

I could tell that this brass band felt exactly the same. You know how they say on e.g. Bakeoff that food made with love tastes better? Well so it is with music. And I bet that spending three warm days in a very unflattering and hot/scratchy uniform is perceived to be very uncool for some of the brass players by their mates, they did it anyway. They were doin’ them. I loved it so much, I googled the band and wrote to tell them how they’d made my weekend. They wrote back, proud. Quite rightly so.

Doin’ me in the last week has also involved worrying about the world. This is currently one of my preoccupations. I am fairly sure it won’t last forever, at least I hope not. But, in an attempt to be “informed”, especially in view of the General Election, I am spending about half an hour a day – longer at weekends – on three news apps and trying to fight my way through their biases and my own to see the degree to which I need to be worried and what, if anything, can be done about it.

I dispatched my postal vote, en route to the railway station to fetch a friend coming to spend the day with me. Nothing to report that I cast my vote in a direction I have never hitherto considered. I gave up voting a while back. Brexit brought me back into the fray. And politically I have moved. Quite a long way. Weird. Just goes to show that Doin’ Me involves endless change, and not getting stuck in any particular rut, political or otherwise.

Nicola and I recorded three podcasts in eight days which was quite testing. In the third one she asked me what I would do if I were marketing my business from scratch, starting now in mid 2017, and I said (rather controversially as it transpired) that I might consider NOT having a website but using a marriage of Facebook and Mailchimp instead. I notice Mikey Mike doesn’t have a website either, he’s only on Soundcloud.

Quite, Mikey me ol’ mucker. Now we gettin’ each other’s vibe.

Doin’ me right now also involves a lot of reading for relaxation and pleasure. A bumper crop of novels, mostly light reading, my clients’ newsletters (and books) which are reaching new levels of awesome (she confesses proudly), and Sally’s stars for June. An eclectic mix, I think you’ll agree what with the news apps an’ all.

After my recent newsletter about taking rest, lots of you wrote to me very movingly for which I thank you. And one corresponded at great length. I love this, as you know. Another reader hooked me up with a piece which talked about rest but it also mentioned filling up time. Gentle Reader, time doesn’t need to be filled up. Don’t fall into that trap. Filling time isn’t doin’ me. It might be doin’ you, in which case fill your boots! But doin’ me right now is about taking pleasure in simple things, like watering the plants to the accompaniment of a brass band, and enjoying and celebrating my sister-in-law’s excitement at her three chickens producing their first egg.

I have been trying to explain to Nicola over two of those three podcast recordings about how I’m thinking about my writing. I haven’t done a very good job of that explanation mainly because I am still ruminating, I am not clear myself. In my head, often at night just before bedtime, or even during my sleep (!), I am composing long opinion pieces. I haven’t yet decided where or how or if I am going to publish them and I think that’s mainly because I don’t really want to find something else for myself to do which involves sitting at a desk.

These long opinion pieces have been on such topics as Tom Cruise, time not needing to be filled, brass bands and the beauty thereof and the importance of music in my life, how I always wanted to be a journalist as a teenager and how appalled I am mostly at the standard of journalism in 2017. Fogey rants, basically. Rumination will continue.

I think I know why there’s ongoing rumination. It is because I am trying to work out what I want to commit to, ‘cos once I decide I know it’s going to be one of those things that I fully commit to. I shall be all in. That IS how I do me.

And inspiring me in all of this has been the wonderful variety and quality of journalism I am reading on The Guardian online app. I enjoy the opinions of others, and I am thinking that doin’ me for the next decade or so might involve sharing my own opinions too, to an extent which goes beyond my blog and weekly ezine.

I write to communicate. I write because I must, because writing is doin’ and bein’ me. It’s being happy and free and living life my way.

Please write and let me know what it means to be doin’ you.